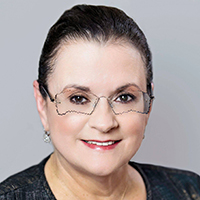 Alumna upholds the legacy of family pharmacy through service

OXFORD, Mississippi – For Wilma Wilbanks, pharmacy is a family affair. His father and grandfather were pharmacists along with other family members. It made any family reunion a pharmacy affair.

“I think back to Thanksgiving and Christmas,” Wilbanks said. “For every part of the family that was there, there was a pharmacy represented.”

Growing up around so many pharmacists created some memorable moments for Wilbanks. She fondly remembers playing with her brother and cousins ​​at the family pharmacy, Peoples Drug Store, in Leland.

“It was like Disneyland for us growing up,” Wilbanks said. “For us children, it was a fun and happy place.”

With all of this positive exposure, it’s no wonder Wilbanks was inspired to pursue her own career in pharmacy. She then attended the University of Mississippi School of Pharmacy, where she received her bachelor’s degree in 1981.

Her love for school hasn’t stopped since she graduated. Wilbanks and her husband, Bob, also a UM Pharmacy graduate, were recently honored as Distinguished Alumni of the school in 2022, recognizing their dedication to teaching pharmacy as preceptors and their commitment to the profession.

After graduating, Wilbanks returned to Leland to begin her career at the Peoples Drug Store. She worked alongside her father, Clint Johnson, where she learned even more valuable lessons.

One of those lessons was his family’s dedication to community service. Like his mother, father and grandparents, Wilbanks knows that the work of a pharmacist is not limited to working hours.

Wilbanks and her husband live in the Delta city of Cleveland, where she practices pharmacy at Walgreens. Wilbanks credits the experience of working with her family for her successful career. 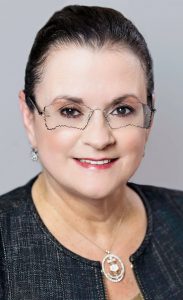 “I watched how my dad trained, and that’s how I practice,” Wilbanks said. “That’s how my grandfather practiced too.

“Walgreens doesn’t just allow me to practice the way I do; they encourage it. They value the training I received growing up in pharmacy.

The family’s pharmaceutical legacy continues with his younger cousin, Emory Booth, who is a freshman Ole Miss student pharmacist. Wilbanks was thrilled for Booth when she learned of her decision to go to pharmacy school.

“When he told me he wanted to go to pharmacy school, I was so thrilled,” Wilbanks said. “Pharmacy is such a great life.”

While Wilbanks was happy to give Booth valuable advice, she encouraged him to find his own path and thrive on the pitch.

“I don’t want him to limit himself because the practice of pharmacy is changing,” she says. “He’s so good he can do whatever he wants.”

For his part, Booth said the example set by Wilbanks and other family members provided him with all the inspiration he needed.

“I was never pushed to become a pharmacist, but having been exposed to so many pharmacists that I loved and respected really shaped my view of the profession,” Booth said. “Seeing how my personal traits aligned with other people in my family showed me that pharmacy is something I could truly enjoy and be successful with.”

Wilbanks’ commitment to service also extends to her membership in the Delta Gamma sorority. As a college student, she found that the sorority’s mission to do good aligned with lessons learned from her family.

“They really reinforced and validated everything my parents and grandparents taught me about life and service,” she said.

Wilbanks has remained heavily involved with the sorority over the years and serves as its international president. She plans to continue her work with the organization after her term ends.

Through all the family memories and professional experiences, it was the opportunity to serve that made Wilbanks’ career fulfilling.

“I never went to bed at night and wondered if I had done any good that day,” Wilbanks said. “I always feel gratified when I go to sleep at night because I know I made a difference.”