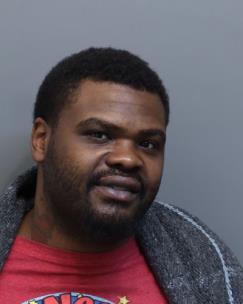 East Ridge Police say a man was seen snorting heroin in a pharmacy drive-thru and then passed out.

During Friday’s incident, police attended the Walgreens on Ringgold Road to respond to what they called suspicious activity. They said Walgreens staff saw the man snorting white powder as he tried to get medicine.

Staff said the man, who had two children and a woman in the car with him, passed out after sniffing the substance.

When officers arrived, they saw a car driving by with a passed out man in the driver’s seat.

Police say the suspect, Eric Lebron Jones, 29, admitted to snorting heroin and agreed to take a field sobriety test. After struggling with the majority of the test, police arrested Jones.

Police said the woman in the car told them “he does this all the time” and regularly uses heroin and fentanyl.

The wife and children were allowed to leave after that.

Jones was charged with a second DUI offense and two counts of child abuse and neglect.