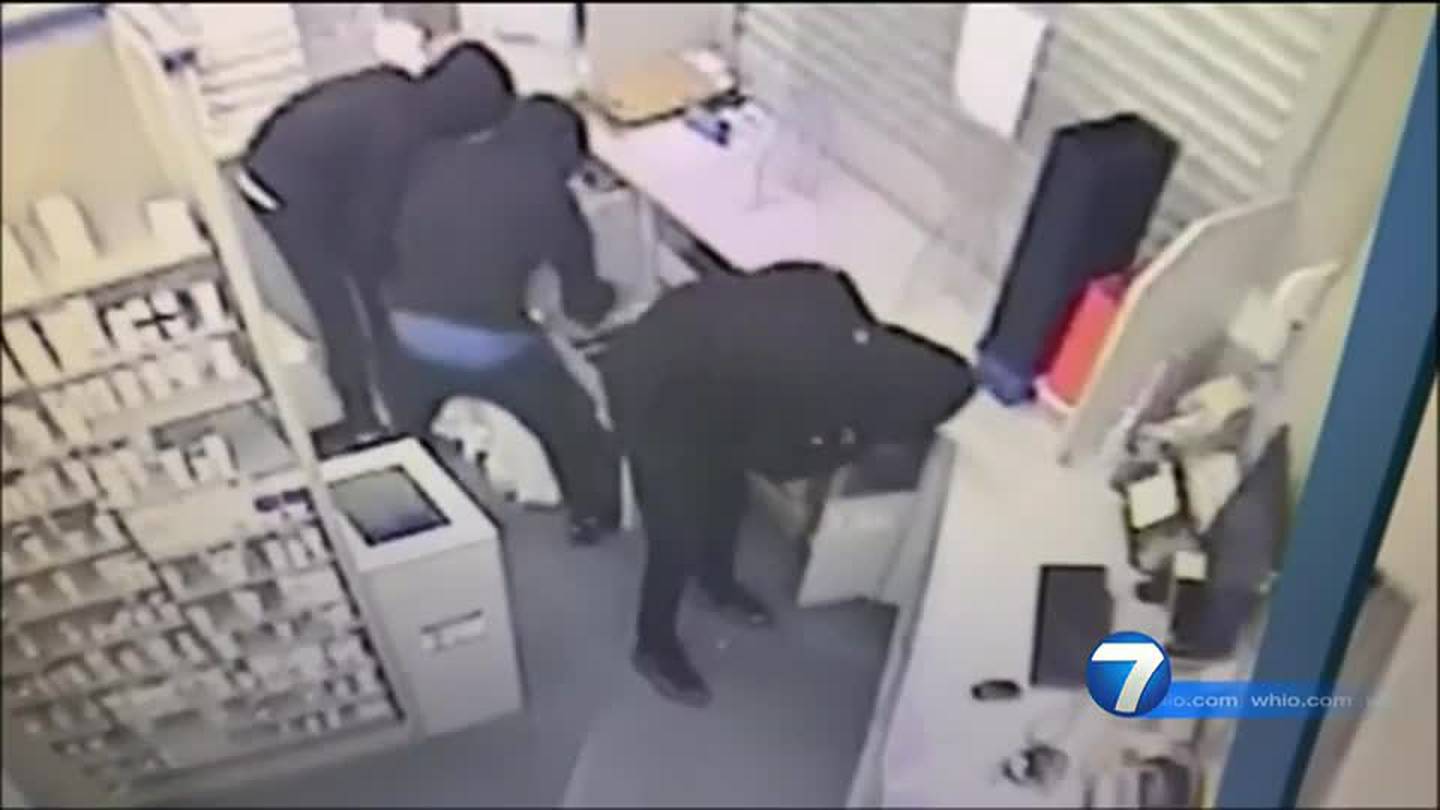 DAYTON — Police have released surveillance video they say shows an armed robbery that took place at a Rite Aid in Dayton.

Police are using the video as evidence to try to determine who is responsible.

The video shows three people with their hands in their pockets entering the Rite Aid on Wilmington Avenue. Saturday night, it would turn into a crime scene.

>> ‘They tied me and my manager’; 911 call reveals moments after armed robbery in Dayton

A 911 caller told dispatchers that someone had tied them and their manager up and put them on the ground.

“Their hands had a few minor injuries there, but all the emotion of experiencing a robbery like that, I just couldn’t imagine,” said Maj. Brian Johns of the Dayton Police Department.

Dayton police said the suspects took pills from the store.

>> ‘There is a corpse in my garden;’ 911 caller finds person shot and killed Sunday night

“What we kind of see is that we’ve had drugstore robberies before where pills were taken west of Dayton, we don’t think this crime in Wilmington was related to those. people involved usually one incoming suspect, not three,” Johns said.

Dayton police said there was a 13% increase in robberies this year compared to last year.

“For the people inside this store, the employees and the customers, it must have been a very traumatic experience, so by all means we are doing everything we can to try to identify these three thieves,” said Johns.

Dayton police said they do not have names of suspects at this time and could not comment on any leads.

We’ll continue to update this story as we learn more.

#HELPID – 3 armed suspects robbed Rite Aid, 1158 Wilmington Ave. 6/4 at 6 p.m. They went to the pharmacy, overpowered the workers and stole medicine. Recognize them or have information? Call 937-333-COPS or #MValleyCrimeStoppers at 937-222-STOP and remain anonymous pic.twitter.com/EBA5dZ9QwN