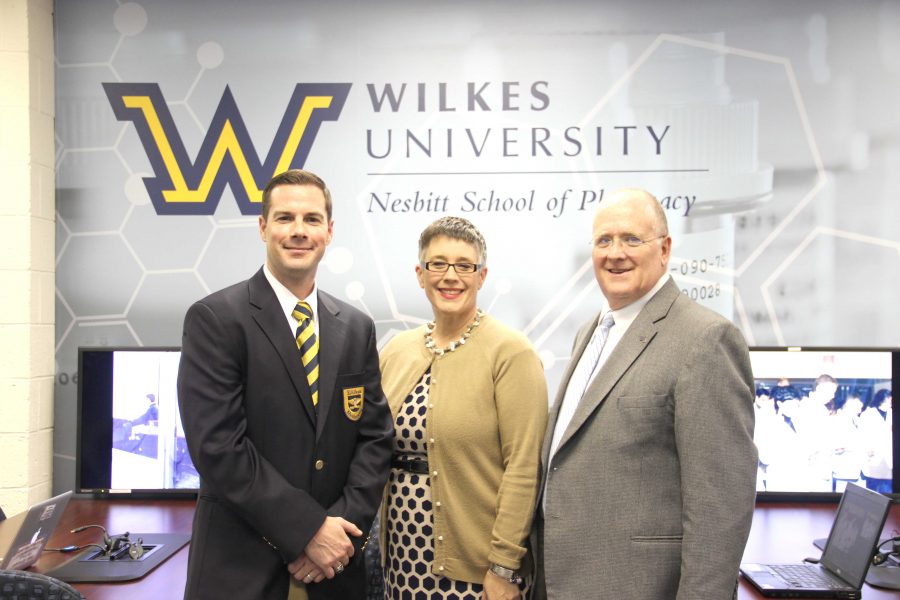 Wilkes University’s Nesbitt School of Pharmacy re-dedicated its CVS Pharmacy Care Lab at a special event on October 22. The event also marked the 20th anniversary of the founding of the Wilkes School of Pharmacy. The event took place at the Stark Learning Center and included a ribbon cutting and a new dedication.

The first class of pharmacy students began studying at the school in 1996. The event coincided – almost to the day – with the school’s official consecration on October 23, 1996, confirmed by a congratulatory note from the then president Bill Clinton hangs in the school. It is the only pharmacy school in northeastern Pennsylvania.

The Care Lab is integral to the education of more than 1,100 graduates of the Nesbitt School of Pharmacy and will continue to provide prospective students with a state-of-the-art collaborative learning space. The renewed grand opening is the culmination of major renovations that have taken place over the past nine months at a cost of over $ 85,000.

According to Bernard Graham, dean of the Nesbitt School of Pharmacy, facilities such as the nursing laboratory reflect the commitment of pharmacy schools to adapt to changes in healthcare and in the pharmacy profession.

“As the profession of pharmacy continues to evolve, so do our training methods and programs. Pharmacists are an integral part of the healthcare team and our pharmacy students need to be collaborative and lifelong learners, ”Graham said. “This newly reconfigured space will help facilitate the learning process by encouraging students to learn together as a team and to use currently available technology.”

The Care Lab is the backbone of the program within the Nesbitt School of Pharmacy. Students learn to apply knowledge gained in other classes to patient care.

During the required five-semester lab series, pharmacy students learn skills in intravenous drug preparation according to United States Pharmacopoeia standards, learn to counsel patients on prescription drugs and over-the-counter and learn about the process of patient care from pharmacists. .

Lab courses also help students develop skills in applying the principles of evidence-based medicine and become familiar with the use of an electronic health record. They also teach students how to perform drug therapy management consultations and help them participate in the American Pharmacists Association’s immunization training program. Through these courses, students work as a member of an interprofessional healthcare team and learn to provide patient-centered care in a variety of practice settings, such as ambulatory care, acute care, and pharmacy. managed care.

“The care lab is similar to that of a biology or chemistry lab in that it gives us the opportunity to apply our knowledge and acquire valuable practical skills that we will use regularly in our future profession. Pharmacy student Felicia Snyder said. “As future healthcare providers, it is essential for us to be able to apply these skills quickly and the healthcare laboratory gives us the opportunity to learn how to do so. “

The Nesbitt School of Pharmacy was first envisioned by the late Umid R. Nejib, then Dean of Wilkes’ College of Science and Engineering. Nejib saw the need for a pharmacy school in northeastern Pennsylvania, brought the idea to Wilkes, and in 1994 hired Graham from Idaho State University to serve as dean.

The first pharmacy students entered Wilkes in the fall of 1994 and the professional pharmacy program began in the fall of 1996. Two years of pre-pharmacy education resulted in guaranteed places for the four years of teaching. studies leading to a doctorate in pharmacy. In 1999, the school was named the Nesbitt School of Pharmacy in honor of Abram Nesbitt 2nd, the late husband of Geraldine Nesbitt Orr, who made a generous donation to the University.